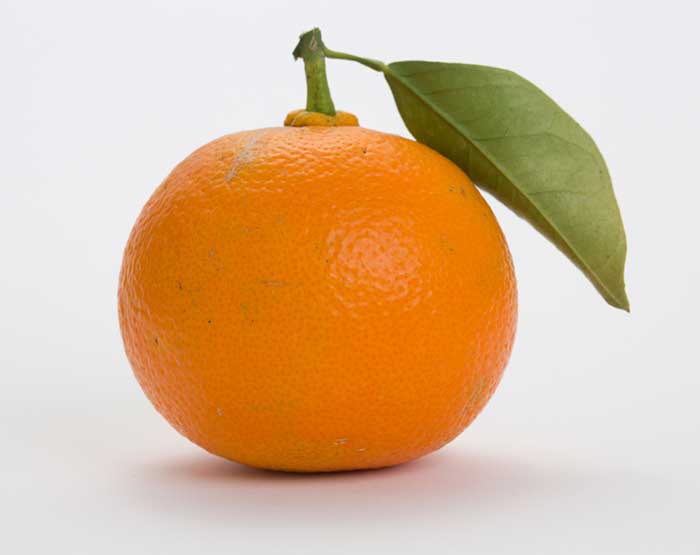 Synephrine is a compound found in high concentrations in the fruit Citrus Aurantium (aka bitter orange), which is the only source strong enough to cause the fat-burning and stimulatory effects. It exists in many citrus fruits, but at levels that would not have any impact on humans.

When isolated from the bitter orange, p-synephrine is the most effective extract to use in supplements, though Citrus Aurantium/bitter orange extract is often the ingredient added to a supplement, which then metabolizes into synephrine in the body.

Specifically, the p-Synephrine variant is the most bioactive, and acts via the dopamine, adrenaline (aka epinephrine) and noradrenaline (norepinephrine) pathways to induce its fat-burning effects.

As such p-synephrine shares many characteristics with the more notorious compound ephedrine, though a straight comparison would favour p-synephrine because it is safer to use; ephedrine can cause a spike in blood pressure for the user.

A combination of Caffeine – Ephedrine – Aspirin has been used with success as a fat-burner stack. However, since Ephedrine and Aspirin can cause unwanted side effects, people often use the similar but safer Caffeine – p-synephrine – Salicin stack: salicin being found in White Willow Bark; it metabolizes into salicylic acid, which is related to acetylsalicylic acid that is found in Aspirin.

How Does Synephrine Work?

Like it’s cousin ephedrine, this compound interacts with the neurotransmitter hormones adrenaline, noradrenaline and dopamine. This causes both a stimulatory effect and a fat-burning effect via increased lipolysis and basal metabolic rate.

Essentially, fat becomes more available to be used as fuel for the working muscles and other bodily functions. In addition, cellular heat production through mitochondrial activity is increased. This is also known as thermogenesis. So, in basic terms, p-synephrine exerts its fat burning effects by increasing:

Research implies that synephrine can increase the thermic effect of food, though further studies are necessary to confirm a significant correlation.

Synephrine’s fat-burning effects do not diminish with time like the stimulatory effects do, so it is very effective for long term supplementation.

Synephrine’s effect on neurotransmitter activity induces a stimulatory effect. Over long-term use of this ingredient as part of a supplement, the stimulant effect will reduce as tolerance builds. Stimulants can increase:

The combined effect of stimulation and increased energy expenditure of fat implies synephrine can elevate output and performance during exercise, both intense anaerobic and aerobic. For this reason, it is often included in pre-workout supplements as well as fat-burners.

If p-synephrine has been isolated then the potency is 100% of the potential, therefore care should be taken when using the compound to make sure the correct amount is used.

Generally speaking, sports supplements that contain either p-synephrine, Citrus Aurantium or Bitter Orange as inclusions of a larger blend will have the correct balance, but it may be prudent to check the numbers anyway, to both make sure and assist yourself in getting used to interpreting what you are ingesting.

Typically, the following dosages of the isolated compound and its parent source have been found to be effective:

p-synephrine: total daily dose can be up to 40mg, which should be split into two separate doses of 20mg. This can be strong for some, especially those ’naive’ to stimulants. That being the case a low dose of around 5mg can be taken to test initial physiological response first. If that is well tolerated then the dose can be ramped up over a few weeks or so.

Citrus Aurantium or Bitter Orange: this is a little more variable depending on the percentage of synephrine per dose. Typically, manufacturers within the supplement industry use standardized sources with 10% synephrine by weight. This makes it easy to calculate, whereby a total daily dose of 200mg Bitter Orange for example will yield 20mg of synephrine.

Again, the percentage of synephrine is what is important. Again by example, if the Bitter Orange / Citrus Aurantium inclusion is 240mg standardized to 7% then the dose of synephrine will be 16.8mg.

Note: Bitter Orange / Citrus Aurantium contain other variants of synephrine, notable o-synephrine and m-synephrine. While they still have an effect, they are not considered as potent as p-synephrine, hence why if possible it is recommended to select an isolated source of p-synephrine. Currently, it is still quite a rare find as part of a sport supplement’s formula.

Synephrine Safety and Side Effects

The safety of any source of synephrine – as with most neuro-stimulatory compounds – is dose dependent. Therefore the advice of starting off small and going from there will always be pertinent.

At appropriate doses, p-synephrine is well tolerated by the average person and is arguably one of the most effective ingredients available at equivalent dosages.

People not used to stimulants may experience a few minor side effects that are similar to the nervous energy response with caffeine. Unlike ephedrine, which synephrine is so often compared to, it does not cause a rise in blood pressure or heart rate.

Standard precautions should be emphasized: if you suffer from a medical condition or you take medication then you should consult your doctor prior to taking any dietary supplement. Pregnant and nursing/breastfeeding women should also do this as a matter of course.

Most sport supplements and fat-burners/weight loss aids will take care of the stacking aspect for the end user.

Caffeine’s effects are synergistic with it and will nearly always be found alongside synephrine, whether in pure anhydrous form or from an alternative source such as guarana extract.

White Willow Bark may also be found due to its synergistic effects, however, due to its lack of direct fat-burning effects, companies often leave it out in favour of the more marketable ingredients.

L-theanine is another inclusion that works with any stimulant as it smooths out the effects and further enhances the increase in cognitive function.